Terminal Island to Potentially Have a Luxury Condo Building

Terminal Island is the unique workhorse of the beautiful Venetian and Palm Islands between Miami and Miami Beach and is often forgotten about. But developers are looking into this small triangular piece of land along the MacArthur Causeway as the home to a new luxury condo building. This triangular plot of land has been Miami Beach's maintenance and sanitation building housings as well the gas station for city vehicles, FPL plant, and the Fisher Island ferry terminal but it's also next-door to a very busy Coast Guard station, which could be the real linchpin holding up the entire project. 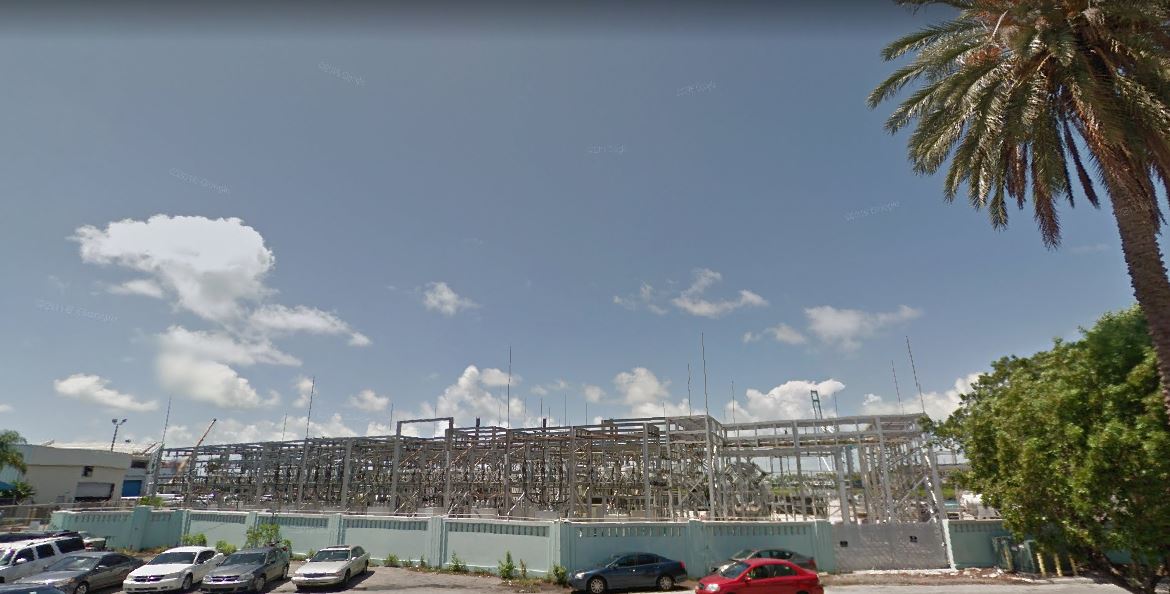 Developer Related Group is moving forward with plans for a 35 story luxury condominium tower with up to 90 units. In exchange for permission for this glitz and glam, the developer is promised to build a new fleet maintenance facility in Miami Beach to replace the current one. The original one on Terminal Island was built in 1945 and definitely needs an upgrade.

The developers are looking to put a 400-foot tall residential building in this location only zoned for industrial uses so far. However, the Coast Guard has been strongly opposed to the project saying it would negatively impact its ability to safely and effectively carry out existing operations. It may also have limitations to expand the Coast Guard's activities. They worry that future neighbors would complain about the constant, noisy activity at the station, which includes ship repair, forklift operations, unloading drugs seized offshore ships and cargo loading. The Coast Guard has also voiced concern that residential yachts could deter maritime operations. This residential tower could provide a lookout point for criminal organizations monitoring the Coast Guard stations, which is located on a neighboring island and the tower could interfere with communication systems.

The Miami Beach City Commission will that the project before commissioners vote on whether to approve it or not. This proposal is just one of several plans in the Miami Beach area that exchange a public benefit, permission for a building in exchange for new maintenance facilities, etc. For instance, developers Russell Galbut of Crescent Heights and David Martin of Terra Group received permission to build a 519-foot condo tower on Alton Road at the entrance of the MacArthur Causeway in exchange for building a 3-acre public park.

The Related Group has pledged to build a 50,000 square-foot facility for Miami Beach's fleet maintenance and will upgrade the fueling stations and create new parking garages. But, in order for the new facility to be built, the developer will offer Miami Beach 26,000 ft.² of land to add to its current site. There has been a lack of space at its current facility, which hinders the replacing or upgrading of the facility where it sits. [Source]

This is a work in progress so we will see how the city and Coast Guard vote in the next coming weeks.