Haunted House Over a Home Next to a Freeway? 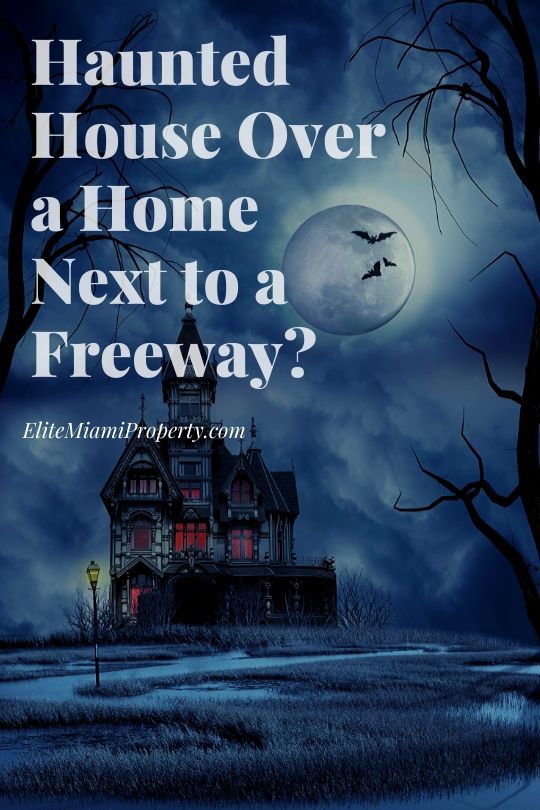 "Respondents with paranormal experiences were 13 times more likely to pay more for a home if it's haunted than those without." Nearly half of those who said that they would pay more are willing to pay up to 50% more. That might lead to a lot of competition for a house that might be considered "haunted". Did you know that there are even online communities for those that are buying and selling homes that are supposedly haunted? One house Hunter even said that they wanted a home with three bedrooms but with ghosts that aren't horribly invasive.

Many real estate agents are finding people looking for these types of homes specifically as they add to the home's charm and tell a story. In some places across the country, Miami being one of them, our home prices are often scary enough but it still doesn't stop competition from those really looking for this type of property rather than one next to a busy freeway or under power lines.

The study also showed a difference in demographics. 24% of millennial's were willing to buy a haunted house where only 2% to baby boomers were willing to do so. This could be because haunted homes are typically less expensive, but with the competition, that may not be the case anymore. Interestingly enough, Missouri looks like it's going to be one of the biggest fights as one-third of Missourians were willing to buy a home where someone was murdered or died of natural causes, while half or more likely to buy a home near a cemetery. I'm thinking one would be a lot quieter than the other, for sure.

So how is a buyer supposed to find one of these homes?

Honestly, one of the best ways is to throw it out there. A good buyers agent will track down the best home regardless of whether or not it's easily found online or if the information is readily disclosed.

Of course, not many of us like to live next to a busy freeway but, there are those that are specifically looking for a home with just a bit of paranormal activity.