Brickell is in urban neighborhood located in downtown Miami and home to over 30,000 residents. The neighborhood sits between the Powell Bridge and the Miami River stretching from Interstate 95 to the bay. It includes the small island of Brickell Key. 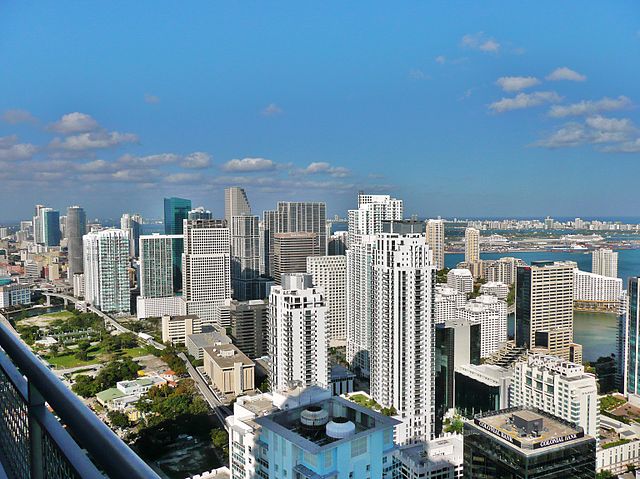 There are two main sections to Brickell, the upper and lower areas. There is also a small Sub neighborhood called Westbrook out, west of the Miami retro rail line.  These areas are some of the fastest-growing in Miami and was once considered Millionaires Row in the early 1900s. There were lavish mansions along Brickell Avenue but by the 1970s, these were often replaced by large towers, hotels and office buildings. Brickell is the court to Miami's banking, investment and financial sectors.

Upper Brickell -  This location has a variety of condominiums, high-end apartment buildings and a few single-family homes. The median list price is about $455,000 with a median list price per square foot at $486. Over the last 90 days there have been about 180 property sold.

Lower Brickell -  This features a median list price of around $500,000 with about 44 homes sold over the last 90 days. There are more residential properties in the upper and then the lower end.

The Shoppes at Mary Brickell Village is the main shopping area for this location and features shops, cafés, markets and restaurants. There are beautiful restaurants right along the waterfront on Brickell Bay Drive. Brickell Key is primarily condominium homes with studio apartments starting around $150,000 to large high-end penthouses with stunning Miami Beach abuse of over $1 million. Although there are smaller single-family homes in Brickell, the majority of properties are condominiums.

Transportation is provided by the Metrobus throughout the area as well as the Miami Metrorail and Metromover. There are 12 office towers and 40 residential towers in Brickell. Brickell is home to seven parks and nature preserves with a variety of sports fields, walking trails, playgrounds and green space.

Very little remains of the original historic Brickell as many large mansions and estates have been replaced by office buildings and high-rise residential towers. However, there is one small section of Brickell that remains a historical landmark. The St. Jude Catholic Church since 1946 and Southside school since 1900 are still standing.

If you'd like to know more about Brickell and the condominiums for sale therein please browse the website or contact me at any time for more information on this location or a customized list of properties and condos that mean your search criteria and price.  As an expert in Brickell real estate with over 22 years experience selling in all the buildings on Brickell, I can help you find the right condo or sell your condo for top value.